This week, Free Speech For People joined Global Witness in filing a brief that pushes back on corporate claims that requiring the labeling of products as “conflict-free” violates commercial free speech rights. More » 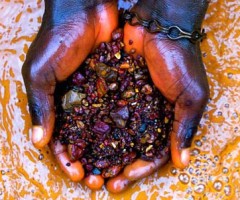 We are re pleased to join Global Witness Limited in an important brief pushing back against a First Amendment claim by the National Association of Manufacturers and other corporate interests. More »

Despite ongoing criticism of the U.S. Supreme Court’s ruling in McCutcheon v. FEC, Senate Democrats now embrace a big-money fundraising tool, made possible by the court’s decision. The new “jumbo” fundraising committee of choice for Democrats is the Grassroots Victory Project 2014, and it’s their first major entry into the realm of massive campaign contributions. More »