Across the Aisle: 100 Republicans on Record in Support of a Constitutional Amendment 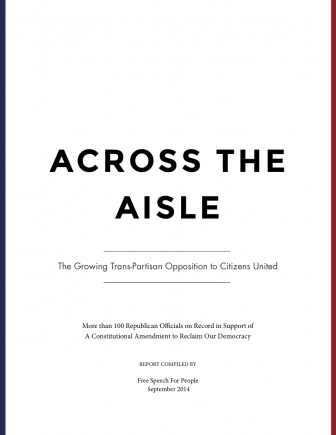 Free Speech For People released, Across the Aisle, a report highlighting more than 100 Republican officials who support a constitutional amendment to overturn the Supreme Court’s Citizens United decision, along with dozens more who have publicly criticized it.

Please help us spread the word about it too.  Share the report on social media using the links below.