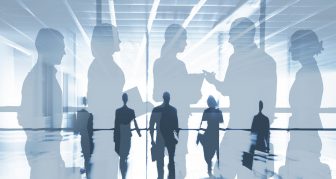 Philip Stark, a federally appointed advisor to the U.S. Election Assistance Commission (“EAC”), and Free Speech For People filed a federal lawsuit against the EAC. The lawsuit alleges that the EAC violated the Administrative Procedure Act, the Help America Vote Act of 2002, and the Federal Advisory Committee Act, by unlawfully holding private meetings with voting machine vendors to discuss proposed federal voting system standards after the closure of the public notice and comment period. These meetings resulted in the EAC revising the federal voting system standards to weaken voting system security requirements, to the benefit of voting system manufacturers.

Challenging the Use of Insecure Voting Machines

Free Speech For People and the National Election Defense Coalition submitted public comments to California Secretary of State Alex Padilla, regarding the proposed certification of Los Angeles county’s Voting Solutions for All People 2.0 (VSAP) election system. The joint letter addresses the system’s non-compliance with California Voting System Standards, and flaws that bring the VSAP’s security and reliability into question.

Challenging the Use of Wireless Modems in Voting Machines

On August 13, we won a significant victory before the US Election Assistance Commission (EAC). In January, we co-wrote a letter to the EAC which detailed evidence showing that Election Systems & Software (ES&S), the nation’s largest voting machine manufacturer, was deceptively marketing its DS200 voting machines that include wireless modems as federally certified by the EAC. In response to our letter, the EAC launched an investigation of the voting system and agreed with our findings. The EAC has now censured ES&S for the false claims, and is directing ES&S to recall all misleading marketing materials, in addition to notifying customers to inform them that the voting systems with modems are non-EAC certified.

Free Speech For People issued a letter to Michigan Attorney General Dana Nessel urging her office to launch an inquiry into ES&S’s false claims about its DS200 ballot tabulators with wireless modems. Although ES&S frequently claims that its voting tabulators never connect to the internet, researchers have found multiple election systems visible on the internet. The letter further calls for the state to compel ES&S to remove the modems at no cost to the state or localities and consider judicial action if the vendor refuses to do so.

Free Speech For People joined a coalition of scientific experts and government watchdog groups in issuing an open letter calling on Governors, Secretaries of State and State Elections Directors to avoid the use of any internet voting or voting app system in U.S. elections. Free Speech For People signed the letter along with the AAAS Center For Scientific Evidence in Public Issues, the Association for Computing Machinery U.S. Technology Policy Committee, Brennan Center For Justice, Common Cause, Computer Research Association, R Street, and Verified Voting.

AN EXAMINATION OF THE USE AND SECURITY OF BALLOT MARKING DEVICES

On Tuesday, June 22, 2021, Free Speech For People and Coalition for Good Governance held a virtual forum on Zoom, featuring experts in election administration and computer science to explore this rapidly expanding election technology. Electronic Ballot Marking Devices (BMD), once used primarily to offer assistive technology to mark a paper ballot, are now being adopted widely as the primary voting method for all voters in several states and counties. But how do these machines satisfy the principles of security, transparency, and auditability necessary for trustworthy elections? And what are the potential legal complications? This forum took an in-depth look at these questions and more, and aims to provide election officials, state and federal lawmakers, voters, and stakeholder groups with critical considerations regarding the use of BMDs as a primary voting method. Presented by Free Speech For People, Coalition for Good Governance, Professor Richard Demillo, Chair of the School of Cybersecurity and Privacy at Georgia Tech*, and Professor J. Alex Halderman of the University of Michigan’s Center for Computer Security and Society.* *Affiliations listed for identification purposes only and do not imply institutional endorsement.

Icon made by Freepik from www.flaticon.com