Free Speech For People will be hosting a conversation with Black and Pink, the Mass Trans Political Coalition, and Demos about how we can promote democracy for the Trans and Queer community by getting big money out of politics.

Many of our current laws do not reflect the wants or needs of the queer and trans community. The private prison industry impacts our immigration and criminal justice system; pro-trans legislation is impacted by a cis-majority donor class; and money in politics even impacts representation in local government and in Congress for communities of color and the LGBTQ community. Come listen to activists in the queer and trans community —Jason Lydon from Black & Pink and Mason Dunn from the Mass Trans Political Coalition—talk about how money in politics hurts their ability to have meaningful conversation without the unequal influence of wealth.

Money in politics activists—Allie Boldt from Demos and Jasmine Gomez from Free Speech for People —will also discuss how corporations have advanced corporate constitutional rights as a method to suppress individuals’ rights and access. The legal concepts of corporate rights and religious freedom are now being used for laws that would allow for organizations, corporations and unions to discriminate against queer and trans folks on the basis of the entities “religious belief.”

The panelists will end the discussion with community strategies and solutions to increase political equality (the idea that everyone has an equal say in politics) in the United States today. 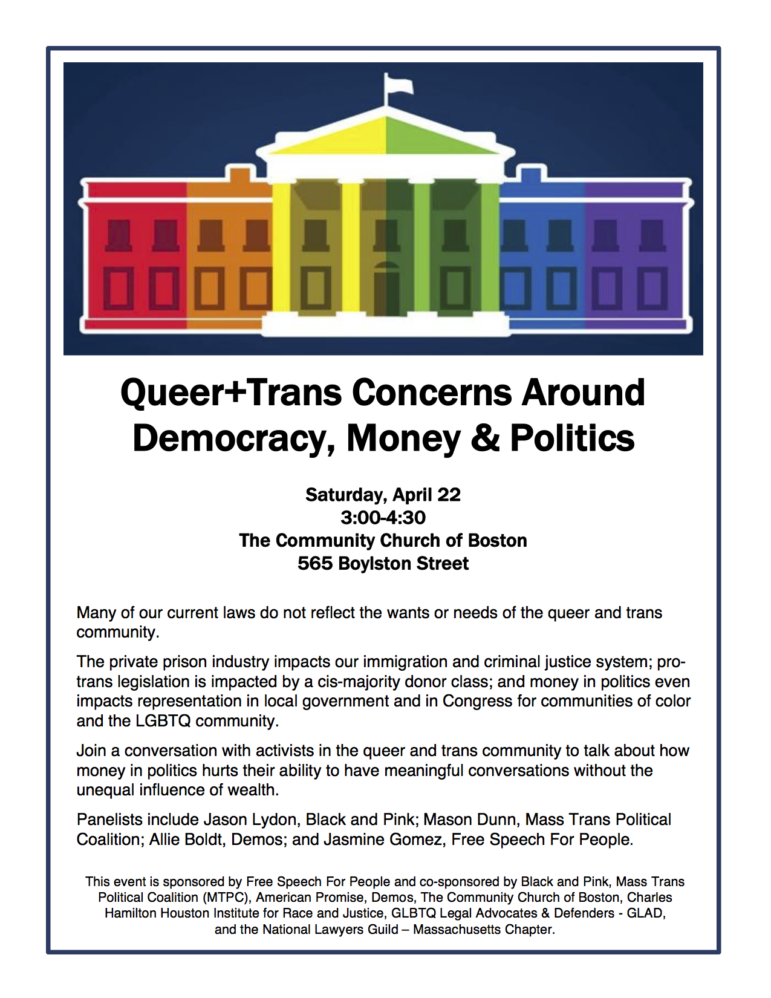