The Case for impeachment

I
Watch: The Case for the Impeachment of Brett Kavanaugh
II
Perjury Regarding Receipt of Stolen E-mails
III
Cases of Sexual Assault
IV
Perjury and Bringing the Judiciary into Disrepute
V
Take Action

Watch: The Case for the Impeachment of Brett Kavanaugh

Perjury Regarding Receipt of Stolen E-mails 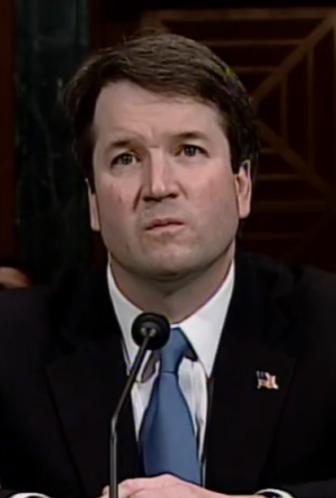 As Lisa Graves, who served as chief counsel for nominations for the Democratic minority of the Senate Judiciary Committee during George W. Bush’s time as president, has written:

“Newly released emails show that while he was working to move through President George W. Bush’s judicial nominees in the early 2000s, Kavanaugh received confidential memos, letters, and talking points of Democratic staffers stolen by GOP Senate aide Manuel Miranda. That includes research and talking points Miranda stole from the Senate server after I had written them for the Senate Judiciary Committee as the chief counsel for nominations for the minority.

Receiving those memos and letters alone is not an impeachable offense.

No, Kavanaugh should be removed because he was repeatedly asked under oath as part of his 2004 and 2006 confirmation hearings for his position on the U.S. Court of Appeals for the D.C. Circuit about whether he had received such information from Miranda, and each time he falsely denied it.”

Near the end of Kavanaugh’s confirmation hearings for the US Supreme Court, Senator Diane Feinstein of California, the Ranking Member of the Senate Judiciary Committee, wrote: “Brett Kavanaugh used materials stolen from Democratic senators to advance President Bush’s judicial nominees. He was asked about this in 2004, 2006 and this week. His answers were not true.”

Federal judges, including US Supreme Court Justices, can be impeached and removed from the judiciary for committing perjury.  Federal Judge Thomas Porteous was impeached by the US House and convicted (90-6) by the US Senate in 2010 on grounds which included that he “knowingly made material false statements about his past to … the United States Senate … in order to obtain the office of United States District Court Judge.” The Senate subsequently voted to disqualify him from ever holding federal office again.

The Framers of the US Constitution understood that corruption in the process of obtaining a federal office is an impeachable offense. In the constitutional debates over the impeachment power, George Mason asked rhetorically: “Shall the man who has practised corruption & by that means procured his appointment in the first instance, be suffered to escape punishment, by repeating his guilt?”

Justice Kavanaugh’s perjury in the process of obtaining his current seat on the US Supreme Court and his prior position on the US Court of Appeals for the DC Circuit should lead to his removal from the federal judiciary and should disqualify him from ever holding a future federal office.

Three separate women—Dr. Christine Blasey Ford, Deborah Ramirez, and Julie Swetnick—have accused Kavanaugh of committing criminal sex offenses in the 1980s. Dr. Blasey Ford testified to the Senate Judiciary Committee that Kavanaugh attempted to rape her while she was a minor.  Corroborating Ford’s account as part of a larger pattern, Ramirez recounts that Kavanaugh exposed his genitals to her, and Swetnick recounts that she witnessed Kavanaugh grope women at parties while he was drunk.

The House Judiciary Committee should conduct a full factual investigation of these allegations. If substantiated, they are a ground for impeachment. Although they involve crimes that occurred before Kavanaugh sought judicial service, they are sufficiently heinous, particularly when coupled with Kavanaugh’s current and apparently false denials and efforts to discredit his alleged victims, as to render Kavanaugh unfit for federal judicial service.

By analogy, in 2012, the New York Commission on Judicial Conduct determined that a state family court judge, then 65 years old, should be removed from office because of a sexual assault that he had committed at age 25, 13 years before entering the judiciary. The commission found that “[t]here can be no dispute that it would be intolerable for a person holding a position of public trust to engage in such behavior,” and while “it would be rare indeed for conduct so remote in time to disqualify a person from serving as a judge,” the judge’s misconduct was “of sufficient gravity as to render him unfit for judicial office.” The New York State Court of Appeals agreed. It noted that “the petition is based solely on conduct that occurred 40 years ago – 13 years before petitioner was elevated to the bench,” but concluded that “[n]evertheless, the misconduct alleged is grave by any standard” and rejected his challenge.

The same principles apply here. There is evidence of multiple incidents which, if true, impair his current fitness to serve because he has never been held accountable, accepted responsibility, or shown remorse or redemption.

If, as alleged, Justice Kavanaugh committed sexual assault, that should lead to his removal from the federal judiciary and should disqualify him from ever holding a future federal office.

Perjury and Bringing the Judiciary into Disrepute

The House Judiciary Committee should also investigate whether to impeach Justice Kavanaugh for misconduct stemming from his responses to the sexual assault allegations. In particular, the Committee should investigate whether he has committed perjury before the Senate Judiciary Committee, and/or brought the judiciary into disrepute by conspiring with Ed Whelan and perhaps others to discredit Dr. Ford by falsely stating that she was sexually assaulted not by Kavanaugh but by a totally different (and presumably innocent) student at Kavanaugh’s high school.

If the facts are as they appear to be, then Kavanaugh is now compounding the damage of past sexual assaults through false, dishonorable, and possibly criminal means to discredit witnesses and secure his confirmation. This constitutes “bringing the judiciary into disrepute,” an omnibus charge that, along with other counts, has resulted in impeachment and removal of federal judges such as Judge Robert Archibald (1912) and Judge Harry Claiborne (1986).

If, as alleged, Justice Kavanaugh lied to the Senate Judiciary Committee and/or participated in an effort to discredit witnesses against him, that should lead to his removal from the federal judiciary and should disqualify him from ever holding a future federal office.

Sign here to call on the US House of Representatives to begin immediate hearings on whether to impeach Justice Brett Kavanaugh on multiple counts of sexual assault, perjury, and bringing the judiciary into disrepute.

Call on the US House of Representatives to launch an impeachment investigation of Justice Brett Kavanaugh!