However, these important civil rights protections are in danger from a new legal strategy: corporate use of religious freedom claims to challenge anti-discrimination law. Especially since the Supreme Court’s 2014 Hobby Lobby decision, claims by for-profit corporations for religious freedom exemptions from anti-discrimination law—apparently, all involving businesses that discriminate or seek to discriminate against LGBTQ people—have arisen under both the federal Religious Freedom Restoration Act and the First Amendment to the Constitution. One such case, Masterpiece Cakeshop, Ltd. v. Colorado Civil Rights Commission, was recently before the U.S. Supreme Court but the central issue was not decided.

Status: Reported favorably by the Joint Committee on the Judiciary (Feb. 7, 2018) (press release) 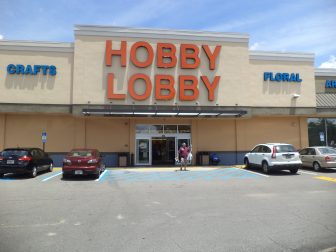 The bill relies on the state’s underused power to regulate the existence, powers, and conditions of operation of corporations. Sections 1 and 2 amend the defined general powers of a corporation incorporated in Massachusetts (to sue and be sued, buy and sell property, make contracts, etc.) to specify that these powers do not include “assertion, based on the purported religious belief or moral conviction on the part of the corporation, its officers, or directors, of exemptions from, or claims or defenses against, federal or state law prohibiting discrimination, as applied to conduct, activities, or transactions occurring wholly or partly within the commonwealth.” Finally, in order to ensure a level playing field, Section 3 of the bill provides that foreign (out-of-state) corporations admitted to do business in Massachusetts are subject to the same rules and restrictions as corporations incorporated here.

The loophole in anti-discrimination law that H.767 seeks to close 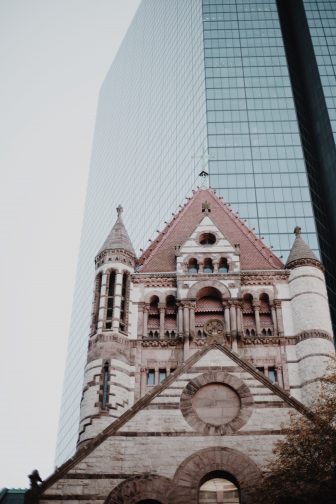 Myth: This bill would “disenfranchise those business owners who organize themselves as corporations from exercising their constitutional rights. . . . Under this proposed law, if a Massachusetts business owner chooses to incorporate, for tax or investment reasons, then he or she would forfeit certain legal protections guaranteeing their rights of conscience.”

Fact: People do not “organize themselves as corporations” or choose to “incorporate” themselves. A corporation is not a suit of armor that one puts on, but rather a separate legal entity created by an act of state law—in this case, MGL chapter 156D. As chapter 156D puts it, when incorporators file an application (known as “articles of organization”) for creation of a corporate entity, “corporate existence begins.”

A more correct statement would be: “Under this proposed law, when a for-profit business corporation operating in Massachusetts chooses to discriminate, then it may not claim in court that it gets all of the benefits but none of the responsibilities of being a separate legal entity. In other words, it cannot argue that it is legally identical to its individual stockholders when convenient but not when inconvenient. And its stockholders cannot simultaneously take advantage of special privileges that the state has granted to corporate entities but not individuals while also seeking special individual-conscience exemptions from laws against harming the people of the commonwealth.”

Myth: The purpose of the bill is to coerce or punish members of specific religious groups.

Fact: The bill is not against (or for) any religious views or groups. The purpose of the bill is to ensure that the existing set of laws against discrimination in housing, employment, etc. that already apply to businesses within the commonwealth are not subject to corporate claims for exemptions based on religious or secular objections. Furthermore, the bill protects people from being discriminated against based on their religion. Under current law, a for-profit business corporation might refuse to hire members of certain religions and then try to claim, in a discrimination lawsuit, that the laws against discrimination in hiring should not apply because of the corporation’s or owners’ religious beliefs. This bill would prevent such arguments.