We’ve filed a lawsuit challenging the ExpressVote XL voting machine. The case, National Election Defense Coalition v. Boockvar, challenges the Secretary of the Commonwealth’s certification of the ExpressVote XL and seeks a court order directing her to decertify it. Learn more.

Free Speech For People, working with the National Election Defense Coalition and Pennsylvania’s Citizens for Better Elections,  filed a petition on behalf of 200 registered Pennsylvania voters with the Pennsylvania Secretary of the Commonwealth seeking re-examination of the ES&S ExpressVote XL electronic voting machine. These machines have been certified for statewide use, and are now in use in Philadelphia and Northampton Counties. According to the petition, the voting machines fail to meet the state’s election standards. (The machines were responsible for disastrous outcomes in the 2019 election in Northampton County.) The Secretary of the Commonwealth refused to decertify the machines, and didn’t even address most of our comments. 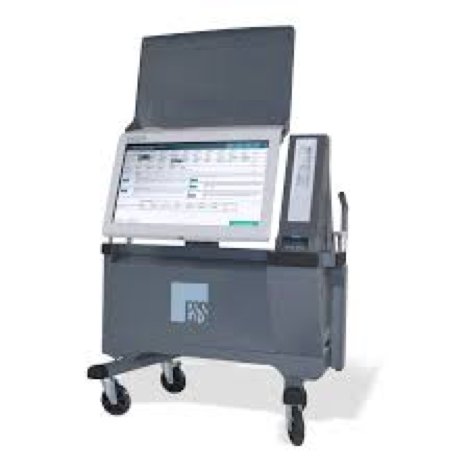 The petition details eleven deficiencies where the ES&S ExpressVote XL voting machines violate Pennsylvania election law.  These deficiencies include: insufficient protection against tampering with ballot cards; chronological ballot storage that fails to protect absolute secrecy of the voter; solid white ballot cards that do not distinguish the appropriate party affiliation or independent status on the card; ballot cards that lack attached serially numbered perforated stubs or a facsimile of the signature of the members of the county board printed on the ballot card stub; ballot cards that lack a square opposite the name in which to place any mark to facilitate a recount or vote audit; the failure to list political parties with arrows to indicate positions on the ballot card; the fact that there is no way for a voter to start over with a new ballot without both the voter and election officials violating state law; the failure to allow poll workers to comply with booth and ballot secrecy; poor  accessibility; and the machine’s inability to produce a voter-verifiable paper ballot as required by a settlement in a federal lawsuit.

Each of these deficiencies are fully articulated in the petition alongside the relevant laws.  The petition grants the Secretary of the Commonwealth the option to forgo re-examination and preemptively decertify the ExpressVote XL based on the evidence presented in the petition.

If the machines are decertified, Pennsylvania counties including Philadelphia and Northampton will have to restart their selection processes, choosing from the remaining certified voting systems.