On the anniversary of the Presidential Inauguration, we continue the campaign for an impeachment investigation of President Trump 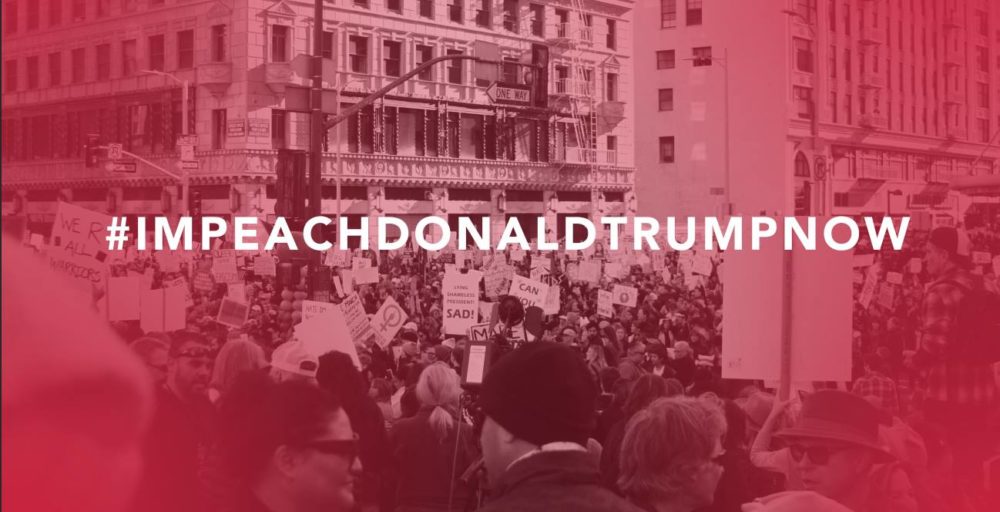 On this day last year, Free Speech For People, with RootsAction, launched the campaign, Impeach Donald Trump Now, calling for an impeachment investigation to be launched by Congress into the violations of the Domestic and Foreign Emoluments Clause of the U.S. Constitution by Donald Trump. Since the launch of the campaign, we have expanded the grounds for impeachment to include obstruction of justice and other abuses of power. Together, we have achieved the following milestones in this campaign throughout the past year:

We look forward to continuing to build and expand this campaign with you in 2018.

Join Us! To get involved in the campaign to Impeach Donald Trump Now, click here.

Take Action! To pass an impeachment resolution in your city, click here.