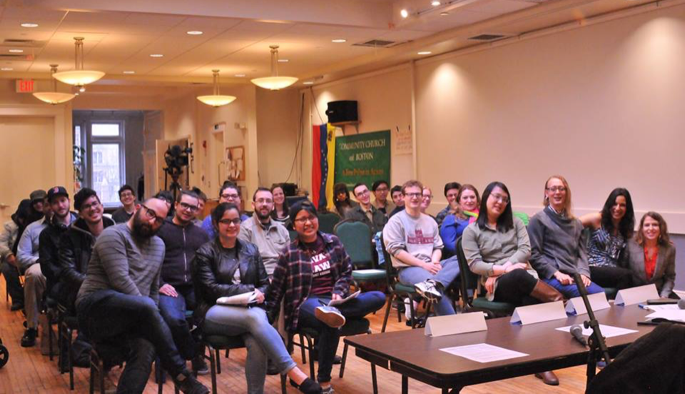 Attendees at the panel on Money in Politics, Corporate Rights, and Queer/Trans Rights, in Boston.

“So many conversations in politics require money just to get to the table – like donations to politicians or buy in to be part of a coalition. Requiring these costs to have a voice often prohibits trans folks and trans rights from being heard.” – Mason Dunn, the Executive Director of the Massachusetts Trans Political Coalition

In its Citizens United v. FEC decision in 2010, the Supreme Court swept away a century of precedent that barred corporate money in our elections.  And, it endorsed the dangerous fiction that corporations have the same constitutional rights as living, breathing people.  In effect, this gives corporations a veto over our democratically enacted laws, because a constitutional right trumps a regular law when the two conflict.  This threatens our laws protecting the safety of our food, the air we breathe, our health care, our civil rights, and the fundamental underpinnings of our democracy—essentially, any law that could get in the way of corporate profits.

Get big money out of our politics and end the fiction that corporations have constitutional rights, as if they were people. A growing grassroots movement is spreading rapidly across the states in response to the U.S. Supreme Court’s Citizens United decision.

We the people have the power to overrule the Supreme Court, by amending our Constitution. We’ve done it 27 times in our history, and the time has come to do it again. 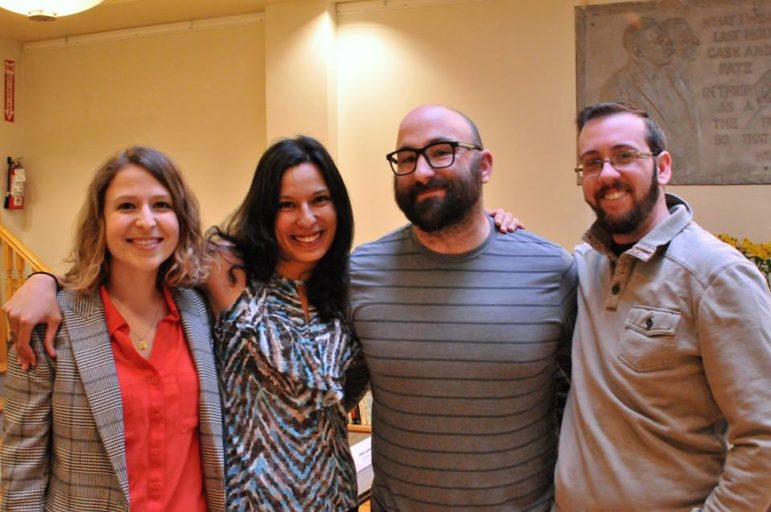 Since Citizens United, corporations have been abusing pro-LGBTQ legal precedent by telling judges that public health protections targeted at particular industries should be struck down as “discrimination.” Specifically, corporations have cited the Supreme Court’s Romer v. Evans decision, which said that government can’t discriminate based on “animus” against LGBTQ people, as part of claims that laws about pesticides, tax breaks for fossil fuel companies, fracking, etc. “discriminate” against corporations. FSFP pushes back against these absurd legal claims to make sure corporations don’t get away with clothing themselves in the mantle of very real discrimination against LGBTQ people.