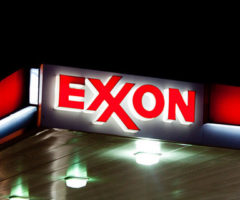 Today the Supreme Court dealt a harsh blow to Exxon’s latest attempts to derail investigations into whether the company committed fraud by misleading consumers and investors about climate change. While the decision is unsurprising given the legal infirmity of Exxon’s … More » 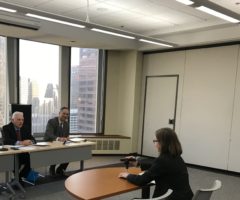 Few Americans want to see more money in politics these days. In fact, almost 80% favor limiting big donations, voicing concerns about the integrity of our democracy. But today Free Speech For People will be testifying at a public hearing … More »

Exxon–the world’s largest publicly traded oil and gas company–has come under fire for the dramatic differences between the company’s internal knowledge and assessments of climate change versus how it has communicated that information to investors, consumers, and the public at … More »

The Massachusetts Supreme Judicial Court recently upheld one of the Commonwealth’s most critical tools in protecting the integrity of its elections: a century-old ban on corporate contributions to state and local candidates. In reaching its decision in 1A Auto v. … More » 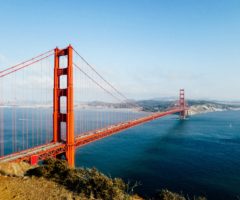 San Francisco has long been on the front lines of advancing campaign finance reforms. The city boasts an impressive public financing program, and has been recognized as a leader for its disclosure requirements. Still, outside money has poured into local … More » 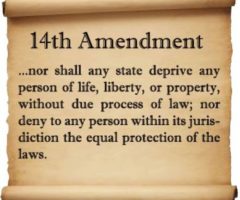 Former Playboy model Karen McDougal may have settled her case with National Enquirer owner American Media, Inc., but the evidence that the initial payment to her from the publisher  violated campaign finance laws get stronger almost daily. Today, Free Speech … More » 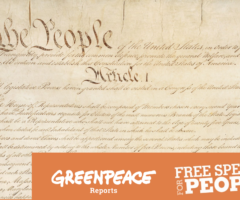 As Earth Day approaches, it’s time to take a look at an insidious attack on the environment that’s been spreading in recent years: a coordinated corporate campaign to undo protections for consumers and the environment by contaminating the courts with … More »