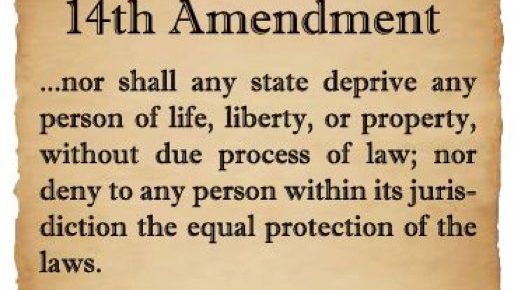 Protecting the Promise of the 14th Amendment

Posted on August 2 2018 by Shanna Cleveland

July 28 marked the 150th anniversary of the ratification of the 14th Amendment to the United States Constitution. The 14th Amendment not only granted citizenship to all persons born or naturalized in the United States, but it granted all people equal protection of the laws. The historical context surrounding its creation and ratification bears striking parallels to the political and constitutional crises we face today. Andrew Johnson, the president at the time, was supporting Southern states in their efforts to preserve systems of oppression and deny rights to freed slaves. Republicans in Congress, the party of Lincoln, decided that only a constitutional amendment could remedy these attempts to frustrate the emancipation proclamation. The sweeping language of the 14th Amendment, along with its enforcement clause, marked a fundamental change in the concept of democracy.

Unfortunately, despite early gains for freed slaves and immigrants under the 14th Amendment, the backlash against freed slaves continued. Just days before the 150th anniversary of the 14th Amendment, a construction project in Texas unearthed the bodies of 95 individuals who were likely freed slaves who had been imprisoned for violating Jim Crow era laws and then “leased” to work a sugar plantation in the era after the amendment had been ratified. During roughly the same time, entrenched political actors and corporate interests appropriated the Amendment for their own use, claiming that it protected not only natural persons, but artificial persons, such as corporations. By 1938, Justice Black observed that the 14th Amendment, which “sought to prevent discrimination by the states against classes or races,” had become a tool for corporate challenges. Per Justice Black, less than one-half of one percent of cases, in which the 14th Amendment was applied, were for the purpose of protecting the constitutional rights of African-Americans. Rather, more than fifty percent of cases invoking the 14th Amendment asked that the benefits be applied to corporations.

Free Speech For People is fighting to protect the promises of the Fourteenth Amendment for the people. We’ve exposed the corporate campaign to misuse the Constitution to attack public interest laws which disproportionately impact underserved communities. Our report Contaminating the Courts., details how corporations claim constitutional rights to evade regulation and have caused a devastating environmental impact. A number of studies catalog the extreme effects of climate change and other environmental issues on underserved communities including impacts on access to food and water, safety, health, and more.

And we’re continuing to fight against the unlawful pardon of Sheriff Joe Arpaio, in large part because it’s critical to prevent the pardon power from being used to vindicate the violation of the 14th Amendment rights of the individuals that Arpaio illegally detained and targeted, due to racial profiling.